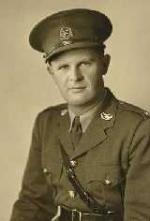 George Francis Gillman Stanley was born in July of 1907, to Della Lilly White and John Henry Stanley in Calgary, Alberta; he was an only child.

When George was a child, he dreamed of being a soldier, which led him to join the cadets from grades five to eleven. After he graduated grade school in 1925, he attended the University of Alberta.

George graduated from the University of Alberta in 1929, with an honours degree in history. Shortly after receiving his Bachelor’s degree, George attended Keble College, Oxford on the Cecil Rhodes Scholarship. He received a BA from there in 1931 and received his Bachelor of Letters (B.Litt), and Master of Letters (M.Litt); he then finished his education by obtaining his doctorate in 1935. Stanley’s post-graduate work focused on Louis Riel.

UPEI's Provenance copy of the book Canute the Great 995 (circ)-1035: And the Rise of Danish Imperialism During the Viking Age, by Laurence Marcellus Larson includes George's signature with the date Oct 22/29 and the hand-written location of Keble Oxon. This was the autumn that he first attended Keble College. The book also includes George Francis Gillman Stanley's Ex Libris bookplate with shield and Latin motto Sans Changer.

George returned to Canada in 1936 and became a professor at Mount Allison University, Sackville, New Brunswick. He remained there until 1940, then he went to serve in World War II fulfilling his childhood dreams of becoming a soldier. He retired from the war in 1946, as a deputy director of the historical section.

In 1946, George married Ruth L. Hill, a lawyer from Montreal. They had three children: Della M.M., Marietta R.E., and Laurie C.C. Both Laurie and Della followed in their father’s footsteps and became professors of history.

In 1947, George was appointed as the chair of Canadian History at the University of British Columbia from 1947-1949.

In 1949, he was awarded the Guggenheim Fellowship in Ottawa. While he was here, he was responsible for researching how the government interacts and forms policy with and about Native Canadians. While George was conducting his research, he became the head of the history department at the Royal Military College. He would stay there for twenty years; George would also become the Dean of Arts during his time at RMC.

In 1950, George became a member of the Royal Society of Canada and was awarded the Tyrrell Medal in 1957 for history.

In 1964, George petitioned the government for the creation of a new Canadian flag. He explained that it needed to exclude symbols that were divisive and that the flag needed to be something that all Canadians could be proud of, not just a singular group. His flag design was officially adopted on 15 February 1965. 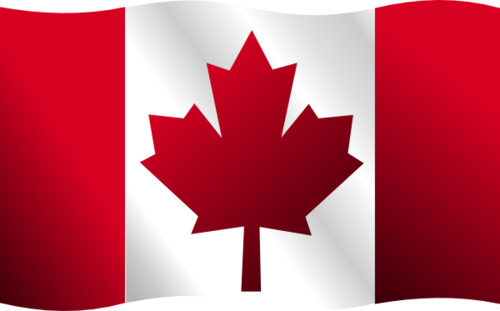 
The idea of removing the Union Jack from the flag was met with mixed reactions, “Stanley once told reporters he was called a traitor for suggesting the designs of the Canadian emblem to replace the British Red Ensign and the Union Jack” (The Daily Gleaner, 2002). Not all were in disagreement though, when he accepted his honorary degree from Laval “he was loudly applauded by the student body when the Canadian flag was referred to in his citation. The applause interrupted the citation” (Matheson, 1980).

In 1969, George returned to teaching at Mount Allison, where he became the Director of Canadian Studies. He retired from teaching in 1975, but his career and accomplishments were far from over.

In 1976, he was awarded with the Order of Canada and in 1994, he was promoted to Companion of the Order.

During his lifetime, George wrote and published several books on Canadian History. Including, The Birth of Western Canada, Canada’s Soldiers, and Louis Riel (a definitive biography). His publications and research tended to go against the norm of what historians were researching at the time, typically taking controversial stances. George’s belief was “if we don’t preserve and understand Canadian history, we really can’t discover our own identity” (The Daily Gleaner, 2002).

He also received twelve honorary degrees, including one from Saint Dunstan’s University.

In 1992, George received the Canadian Forces Decoration, making him the oldest Canadian to receive this distinguished honor.

George and Ruth retired in Sackville, NB at their home, Frosty Hollow.

On 13 September 2002, George Francis Gillman Stanley passed away at the age of 95. The majority of his book collection and the works are housed in the University of Calgary’s library, alongside a bronze bust of Dr. George Stanley.

Dalberg-Acton, John Emerich Edward. Lectures on the French Revolution. London: Macmillan and Co., 1920. [Bookplate with This Book Belongs To and then, handwritten, Keble College Oxford; also the signature of George F. G. Stanley U of A in purple ink].

Greville, Charles C.F. The Greville Memoirs. A Journal of the Reign of Queen Victoria from 1837-1852. London: Longmans, Green, and Co., 1885. Volumes 1-3. [George Francis Gillman Stanley bookplate in all four volumes. Also Volumes 2,3 include the bookplate of Bagnell, Bicester on the back cover.]

McLaughlin, Heather. “Stanley ‘challenged each of us'.” The Daily Gleaner 14 September, 2002, pg. A3. Accessed through UPEI's Robertson Library's database subscription Eureka on 17 August 2016. [Access on campus only for non-UPEI users.]