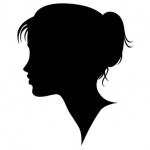 Ada has been a rather difficult person to track down, with certainty.

What is known, according to the San Francisco Call, dated 7 March 1892:

The Ladies of the Laurel Hall Club gave an enjoyable reception to Mr. George Cable on Saturday afternoon in the Golden Gate Commandery rooms, 131 Post Street.

Saturday afternoon would have been March 5th and that is the date that George Cable added to the signed copy of Bonaventure: a prose pastoral of Acadian Louisiana, made out to Ada. Therefore, Ada was an attendee at the Laurel Club meeting.