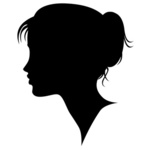 On 8 September 1881, Annie became the wife of Charles Hamot Strong (1853-1936), a businessman in coal, electricity and the local newspaper. Annie's father built a beautiful 46 room mansion for the couple, which was completed in 1893. The home is now the Old Main administration building at Gannon University in Erie, Pennsylvania.

Annie was described by Fortune Magazine as “Erie's Social Dictator" (Fortune Nov. 1934), she adored the socialite scene and enjoyed hosting lavish parties in the mansion. In the 1910 Census, only Annie and Charles lived in the mansion, along with seventeen domestics: a private secretary, two butlers, a house-keeper, three chambermaids, three “servants”, a cook, a kitchen-man, two laundresses, a chauffeur, and two coachmen.

Charles and Annie welcomed three U.S. Presidents (Roosevelt, Cleveland, Taft) into their extravagant home. Legend has it that President Taft got stuck in a bathtub on the third floor.

It has been widely suggested that Annie and Charles' marriage was not a happy one, but they did have one child together, Thora Wainwright Strong.

Annie died of a cerebral hemorrhage on 19 May 1928 in Erie, Pennsylvania.

UPEI's Provenance copy of Once Aboard the Lugger is simply signed “Annie W. Scott Strong". Below her name is the stamp of St. Dunstan's College Library.