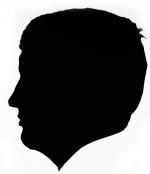 D.B. Macdonald was born on 26 January 1860 in Prince Edward Island. He was the son of Angus and Mary MacDonald. Angus had a 158 acre family farm in North Bedeque, PEI.

In 1968, when he was just a young boy, Daniel’s mother Mary died. Later his father, Angus, married Catherine McKinnon and she would help raise young Daniel.

Although he may have had more, Daniel had at least five siblings and half-siblings, including Cyrillus Joseph (who lived for only 10 days in 1864), Jane Clementine, Neil A., Stephen A., and Ronald James (who died, age 23, in 1895).

By 1901, at the age of 41, Daniel was looking after the family farm along with his brother Stephen. According to the census of that year Daniel’s father, Angus, and step-mother, Catherine, lived with them. Five years later, on 22 October 1906, Daniel married Amanda Doyle of Jacquet River, New Brunswick, daughter of James and (the late) Catherine Doyle.

Daniel’s father, Angus, died on 10 May 1908. When Daniel and Amanda had their first child, a year later, he was named Angus James MacDonald in honour of his recently deceased grandfather.

Together Daniel and Amanda had three sons:

When World War II began, all three of the MacDonald boys got involved in the war. Angus managed an essential war plant, and Donald and J.Alban enlisted with the RCAF.

The youngest son, J. Alban (Al), was a flight navigator for the RCAF. He joined Bomber Command with RAF Squadron #61. Bomber Command was one of the riskiest professions in the war, with a fatality rate of approximately sixty percent. Al was a respected flight navigator/observer and he flew in twenty-seven missions over occupied Europe; in many of those missions he was the Bomb Squadron leader. Al survived the war and received the Distinguished Flying Cross award on 2 October 1944.

Daniel’s second son, Donald, was a Prince of Wales student from 1929-31 and trained to be a teacher at the PEI Normal School from 1931-32. Immediately following graduation he taught at Bedeque Public School for three years before moving to Kirkland Lake Ontario to be a miner.

When the war broke Donald enlisted with the RCAF. He became a flight sergeant and worked in Bomber Command, Squadron #59. Like his brother, he was a flight observer, specializing in reconnaissance. Sadly, Donald’s plane went down over the North Sea on 17 May 1942.

Daniel Bernard MacDonald remained a committed farmer throughout his life. In the 17 August 1942 edition of the Charlottetown Guardian , D.B. MacDonald was quoted regarding his thoughts about the Exhibition:

Mr. D.B. Macdonald, North Bedeque was in the city for the Exhibition, and declares he never saw better livestock, especially the horned cattle; while the Ayrshires were marvellous, developed beyond anything one could have conceived a few years ago.”

Only three days after this quote was in the newspaper, Daniel and Amanda would receive terrible news. Their second son, Donald, had been reported as missing for months, but the news confirmed his body was recovered from the sea and buried in England. The following day, Donald’s death was reported in the August 21st, 1942, edition of the Charlottetown Guardian:

Learn Son is Buried in England
Mr. and Mrs. D.B. MacDonald, of North Bedeque, received a letter last night from the officer commanding an R.A.F. station in England, dated July 26th, stating that their son, Sgt. Observer Donald Charles MacDonald’s body had been recovered from the sea. The bomber he was on as Observer crashed into the sea, at Donna Nook, Lincolnshire, early in the morning of May 17th. There were four in all aboard. His body was interned in North Coates Cemetery, Lincolnshire. Readers will remember that Mr. and Mrs. MacDonald received word that their son was missing about three months ago. The deepest sympathy is extended to them in their great loss. Their second son, Alban MacDonald is also a Sgt. Observer in the R.C.A.F.

So many parents lost children in the war, but that wouldn’t have made the heartbreak any less for Daniel and Amanda.

The UPEI book, Footprints of the Ancient Scottish Church, by Michael Barrett, includes the following inscription:

Tucked inside the book is a World War II Aircraftman badge, commonly worn on a RCAF aircraftman tunic. Both Donald and Al would have worn such a badge. We don’t know which son the badge belonged to, but it is a poignant reminder of the great sacrifice of war.

The sudden death of the well-known and highly esteemed Mr. D.B. Macdonald will occasion sorrow in hundreds of homes throughout the Province, for he was known from North Cape to East Point. An enthusiastic member of both the Caledonian Club and St. Andrew’s Society for his fine manly figure in plaid and bonnet for many, many years was a feature of St. Andrew Night dinner’s when he proudly bore aloft, preceded by two pipers, the glorious Haggis. Of three sons, two enlisted, one making the supreme sacrifice, while the third is head of an essential war plant.