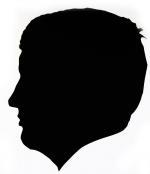 At the age of 24, in 1891, Edmund was studying law and living with his family in Ford, Northumberland, England. In 1897, Edmund would immigrate to Australia and begin his work as a solicitor.

The Neville family would travel often between Australia and Europe but lived in York, for seventeen years, where Edmund was Mayor for seven of those; they would then move to Northam. They stayed in Northam for eight years but would move to Busselton in 1922; here Edmund was mayor for two years. During this time he would work as a barrister, solicitor, and notary.

In UPEI’s Provenance Collection, the book, History of the rebellion of 1745-6, by Robert Chambers has his signature “Edmund H. Neville, Dec. 25th 1882.” along with the signature of “Harry Langslow Birmingham 1891”.