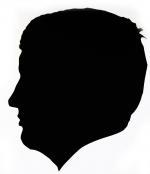 John Edward Campbell Hunter (b. 27? June 1874) was a salesman from Alberton, Prince Edward Island, and the youngest son of James and Elizabeth Hunter. There is seventeen year difference between John and his next closest sibling, James Harry. John, Elizabeth and their oldest children William, Anne, James Harry and Jessie were all born in Scotland and hailed from North Knapdale, Argyllshire before coming to Canada in 1872. It appears the youngest daughter, Jessie Johnston Hunter, born in 1860, did not live long enough to make the trip. John (J.E.C.) was born in Prince Edward Island, two years after the family arrived from Scotland.

John married Addie Young Rogers (b. 1 January 1868) on 24 August 1897 in Albertson. Addie's father was Benjamin Rogers, and he would eventually become the 9th Lieutenant Governor of PEI, from 1910-1915. To complicate matters, one year after John married Addie, Benjamin Rogers married his second wife, Annie McNeil Hunter, John's older sister, making his step-mother-in-law his own sister.

It appears that John was happy to invest his time in support of local education. In the 8 January 1915 edition of the Charlottetown Guardian, a thank you announcement reads:

Card of Thanks- The teachers of Alberton High School wish to tender their sincere thanks to Miss Blanche Leard and Mr. J.E.C. Hunter for many services rendered during the preparation for their recent school concert.

John was the Alberton Town Magistrate and Justice of the Peace Coroner for the area. During the war, he was secretary of the Alberton Rations Board.

The UPEI Provenance book, Baron Trigault's Vengeance, by Emile Gaboriau, is inscribed “JEC Hunter, Alberton, PE Island, X'mas 1924. From A.C.H.”. This is likely a Xmas gift from son, Alex, to father, J.E.C. The 1911 census gives Alex's middle initial as “C” and his baptism records indicate his middle name was Campbell.

The Town of Alberton suffered a great loss in the death of one of its prominent citizens, Mr. J.E.C. Hunter. Mr. Hunter, who was in his 74th year, died at the family residence, Church Street, the morning of Wednesday, April 27th, after a few weeks' illness. Funeral arrangements later.