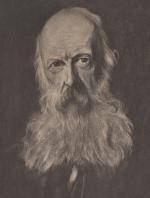 As a result of James being the oldest, he was encouraged to leave school early to work. He became an apprentice to a drysalter in 1868 but he continued his education by taking evening classes at the Andersonian Institution. He would begin classes at the University of Glasgow in 1874, but his education came to a halt in 1876, when he came down with typhoid fever. He never returned to finish his degree. His shortcomings with his education did not stop him from creating “an eclectic career for himself in Glasgow as a businessman, teacher, editor, and social reformer.” (Panayotidis 2003).

James had a deep concern for the Glaswegian poor and his interest in them led to his sympathizing with the socialist movement. He became involved in several socialist organizations: the Fabian Society, the Social Democratic Federation, and the Socialist League. James was one of the men who signed the founding Manifesto of the Socialist League in December 1884. James believed that by understanding the political economy, you could further social progress. Both his disagreement for the way the groups were conducted and his own approach to economics, James left the Socialist League in 1886.

In 1892, James became the chair of the political science department at the University of Toronto. Passenger records indicate he was aboard the Furnessia, which departed from Glasgow, Scotland and arrived on 24 October 1892, in New York, New York. His family would follow him to Toronto four years later, in 1898.

During James’ time at the University of Toronto, he would be critical in modernizing the department, started the process of creating different streams of study for commerce and finance, and laid the intellectual groundwork for sociology and social work.

During his time in Canada, he wrote government reports on a variety of topics, including hydroelectric power, immigration, wheat production and worker's compensation. His most prominent academic publications were the books Economic History and Theory published in 1889, An Economic History of Russia, published in 1914.

James was also heavily involved in the settling of the Doukhobors in Western Canada. In August 1898, Prince Kropotkin asked James to become involved with the plight of the Doukhobors. From the first Doukhobors settlers in 1899 and until his death in 1925, James would continuously play an active role in their Canadian settlement.

James' book, An Economic History of Russia, is said to be influenced by his friendship with Leo Tolstoy, whom he wrote extensively about it in his autobiography My Windows on the Street of the World (There is a copy of this book in the Robertson Library's Collection.)

Not only involved in politics and the economy, James was also well known in the artistic world of Toronto. He helped establish the Toronto Art Gallery and the Royal Ontario Museum.

A description of James and his personality can be found in an article in the Smithsonian Institution Archives, where he is described as a “a great talker" with “unflagging mental vitality". One of his University of Toronto colleagues, G.I.H. Lloyd, said:

“The awe which he inspired in his students quickly melted at his fireside... [because] the shrewd and twinkling eyes [and] the comfortable cigar puffing over the chess-board corrected the severity of the sage-like beard.”

James would receive an honorary Ph.D. from the University of Toronto in 1912. He retired in 1923 with the title Professor Emeritus.

James travelled extensively throughout his life, but when he went to visit friends in France on 19 October 1925, it would be his last voyage. He died in Glasgow, Scotland, on 31 October 1925.

The UPEI Provenance Collection book, Wisdom of Life by Schopenhauer and translated by T. Bailey Saunders, includes the bookplate of James Mavor. The bookplate quotes Ecclesiastes 12:12, “Much reading is a weariness of the flesh" and shows a man asleep in his library, books scattered at his feet. Above the man's head is a plaque that reads “Ex Libris James Mavor".

Signori, Dolores A. Guide to the Papers of James Mavor. Toronto: University of Toronto, 1989.

Photogravure from Chalk Drawing of James Mavor by Horatio Walker, LL.D., R.C.A. Study in chalk for the Portrait in oil, in the possession of the University of Toronto. From Volume 1, My Windows on the Street of the World, frontispiece.