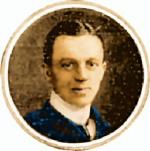 Vice-Admiral Sidney Robert Drury-Lowe was born on 19 October 1871, in the UK. He married Clare Susan Charteris in 1909, and they had a daughter, Pamela Jocelyn, born around 1911.

On 31 December 1902, Sidney was promoted to the rank of Commander. In 1906, after disturbances at the barracks in the Portsmouth naval barracks, Sidney, then second-in-command, was suspended from his post as cited by failing to perform his duties as an executive officer.

On 11 July 1912, Sidney became in command of the light cruiser Chatham and later in November, they trapped and shelled the German cruiser SMS Konigsberg in the Rufiji River, in German East Africa.

Throughout his career, Sidney was in charge of other battleships, in 1916 he commanded the Zealandia, originally known as H.M.S. New Zealand. In 1917, he had the temporary command of the Princess Royal, around three months later the command was handed back to Captain John D. Kelly, and in 1918, he had command over the Superb from 2 January 1918 to 3 April 1918.

Sidney was also heavily involved in the Oxford Group, a movement started by Frank Buchman which has four main beliefs called the Four Absolutes: Honesty, Purity, Unselfishness, and Love. Sidney would travel around with the Oxford Group and came to Canada in 1932.

The Disturbances at Portsmouth-Admiralty Minute. (1906, December 17). Questions in the House. https://api.parliament.uk/historic-hansard/commons/1906/dec/17/the-disturbances-at-portsmouth-admiralty