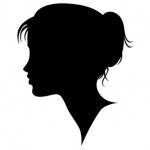 Mary Dana Metcalfe was born on 25 October 1874 in Newcastle Maine. Her parents were Horace Warren Metcalfe and Adeline C. Glidden. According to the 1900 U.S. Census, Adeline and Horace had four children and by 1900 only two were living. We only know of Mary’s two siblings: Horace and Annie G. Metcalfe.

Horace was born on 14 January 1862 and died on 2 February 1862. On the family gravestone he is listed as “Little Horace”. Mary’s sister, Annie, married William Harold Parsons and they lived in Damariscotta, Maine. They had one daughter, Gladys Mary, but she died in 1893 sometime before her second birthday. Gladys’ death ended this line of the Metcalfe family.

Mary, Annie and Horace’s father spent most of his working life overseas in England as a U.S. Consul. In the 1900 Census Mary and her mother, Adeline (Addie) were living with Ann M. Glidden, Mary’s maternal grandmother while her father worked in Newcastle England. This position was a family affair as Mary’s uncle, Albert Glidden, was also a U.S. Consul to PEI.

Mary never married and remained home with her parents as they aged. In 1910 the three of them traveled oversea. They returned to Boston MA, from Liverpool England, aboard the Cymric in August 1910.

In the 1920’s Mary traveled to the French and British West Indies, Cuba and Haiti. According to her passport application this trip was planned for health reasons.

In a span of four years Horace, Adeline and Mary all passed away. Horace Warren Metcalfe died on 17 March 1923. His wife, Adeline Glidden Metcalfe, died less than two years later on 18 January 1926. Mary died a year and a half after her mother on 12 October 1927. She was 52 years old.

Mary’s signature, Miss Mary D. Metcalfe, and location of Damiscotta Maine were found in the book, “Dick’s Games of Patience, or, Solitaire with Cards.” The book was passed on to Bessie E. Myrick from Tignish PEI in 1906, from Mary’s uncle, Albert Glidden, a United States Consul to Prince Edward Island.

Department of Commerce and Labor, Bureau of the Census. Official Register of the United States, Containing a List of the Officers and Employees in the Civil, Military, and Naval Service. Digitized books (77 volumes). Oregon State Library, Salem, Oregon.